In an interview with CNN in 2005 the founder of Jet Airways, Naresh Goyal, was asked what he wanted people to remember him by when he is no longer around.

He may have spoken too soon.

On 17 April Jet Airways suspended all flights both domestic and international after 25 years of flying.

The airline was forced to ground its entire fleet having failed to raise INR4 billion (USD57.2 million) in funds to pay for operations; Jet Airways had also defaulted on salaries to over 20,000 of its employees worldwide.

The day after Jet Airways suspended flights, its stock price collapsed 34%, leaving the airline valued at less than USD250 million.

Creditors, led by the State Bank of India (SBI), said they were “reasonably hopeful” that a bidding process for up to 75% of the company would lead to a solution.

The bidding process is due to conclude on 10 May.

It’s unclear if a deal can be cut by then, as the circumstances surrounding Jet Airways appear desperately dire. Read our comments here and here.

Any potential buyers courageous enough to even contemplate taking on Jet Airways’ net debt of about INR73 billion (USD1 billion) must ask themselves if it is worth the effort.

Sure, the airline has valuable international slots (especially those at London Heathrow) but having to rework the massive liabilities – even assuming lenders are gracious enough to take a 50% haircut (buyers are expecting 80%) – and then be saddled with some 20,000 employees does not make much sense.

How did it come to this?

To understand how Jet Airways evolved from being the biggest in terms of market share in India in 2010-2012 to its recent disintegration, we spoke to a couple of former Jet Airways senior managers who had first hand experience dealing with Goyal, who started his own travel agency in the mid-1970s.

One of them, a veteran aviator with extensive knowledge of the industry, felt that Goyal bore full responsibility for the company’s fall.

“He was a pleasant person to work for,” recalled the executive. “He had a cheerful disposition, friendly and can be generous. But he knew very little about the business that he was in and he’s not a good listener.”

Whilst he hired many smart and skilled managers from around the globe, Goyal made sure they knew who was in control.

“There’s a tacit understanding that whatever the chairman (Goyal) says goes,” recounted the ex-Jet Airways manager, “even if the top management felt otherwise. That was his downfall. He chose capable people but he wouldn’t take their advice or suggestions.”

One of the fatal mistakes, according to those who were close to him during those heady days when Jet Airways was the top dog and flushed with cash, was the purchase of Air Sahara for USD500 million in 2006.

Many felt the acquisition was over-priced; the professionals around Goyal warned him about paying too much but he paid no heed.

Sahara was rebranded as Jet Lite, but it never really took off and worse, lost money rapidly. By 2015 Jet Airways wrote off the entire investment. 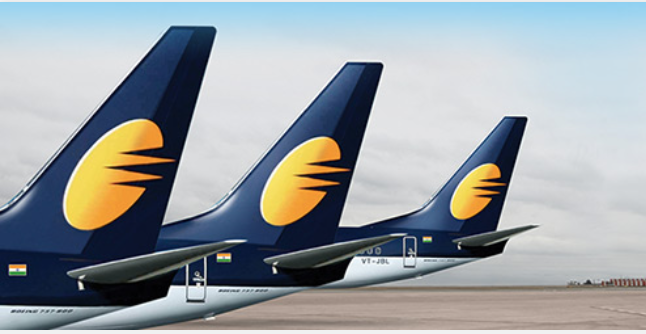 Kid in a candy store

“Goyal was like a kid in a candy store,” said another former Jet Airways senior executive.

“He had access to borrowings and credit lines, and so he bought Sahara and he bought planes that the airline didn’t need. It was uncontrolled spending. He didn’t know what to do with the things he’d bought.”

Both former managers said Goyal, who lives in London, would have a weekly teleconference meeting and instructed his management team what to do. Crucially for the airline, the chairman didn’t quite understand the airline business.

“He ran the show as if he was still a travel agent,” said the former Jet Airways employee. “At one stage, the airline took delivery of 10 Boeing 777-300ERs and 10 Airbus A330s in 12 months! You do the maths – it was unsustainable.”

The airline quickly realized they had surplus capacity and four of the B777s were sub-leased to Thai Airways. On top of these Goyal also placed an order for B787 Dreamliners. In total it acquired 30 widebody planes.

The advent of Indigo, SpiceJet and other discount carriers completely overwhelmed Goyal. He didn’t know what to do other than slashing fares, sometimes even below cost.

Compounding the issue was India’s high fuel costs. Provincial taxes on jet fuel, as high as 30%, was a heavy burden on the airline’s capex.

As a consequence, Jet Airways posted losses in nine out of the past 11 years.

Can Jet Airways be saved?

The airline’s failure comes at a dicey time for Indian premier Narendra Modi who has projected himself as a business oriented bureaucrat.

And with elections on the horizon, the last thing Modi needs is the fall of an Indian corporate giant such as Jet Airways. More importantly, over 20,000 jobs are at stake, critical for a politician seeking a second term.

There have been talks that the Tata Group may make a bid to buy Jet Airways but thus far, it’s all just talk.

The fall of Jet Airways comes seven years after the failure of another Indian carrier, Kingfisher. Adding to India’s aviation woes, flag carrier Air India is in trouble, too, needing USD1.3 billion for debt repayments.

Goyal once told a trade publication, “in life it is always a fight”.

It remains to be seen if the 69 year old still has any appetite left for another fight – probably the most important in his life.

Solid revenue growth but many airlines are struggling